Digby Brown has announced three promotions to Associate level within our Union, Personal Injury and Employment teams in Glasgow.

The promotions, which take the number of new associates across the firm to 6 this year, reflect our continued growth. In addition to ongoing expansion within our Edinburgh and Dundee offices, Digby Brown moved to new premises in Dundee and opened a Kirkcaldy office earlier this year.

Details of the three new associate-level promotions are given below:

Gavin Brogan has been part of the firm’s Insurance Litigation department since 2009. 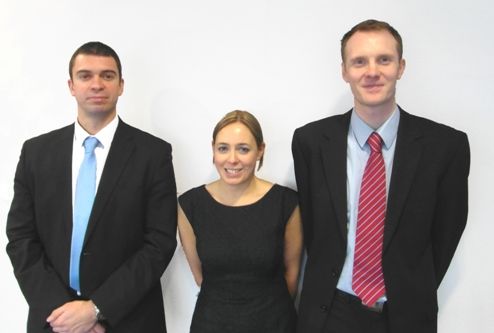 “Everyone at Digby Brown is delighted to congratulate Jillian, Gavin and Ross on their promotions.  All three are highly valued members of their teams and have played a significant role in our continued success.

“These promotions reflect our commitment to helping people develop their careers within the firm.  The majority of the new associates this year did not have traineeships with Digby Brown and it is really significant that their departments have been able to provide an environment that allows them to develop.”

In September,  we announced that we had taken on a record number of trainees, with 12 joining the firm across four offices and six departments.

Booking your driving test after lockdown? Here’s what you need to know