Previous rules meant survivors of child abuse had to make a claim within three years of their 16th birthday.

But campaigners challenged the rule after evidence showed it can take years for survivors to come to terms with their abuse let alone pursue a case.

And today the Scottish Government heeded the pleas and green-lighted the Limitation (Childhood Abuse) (Scotland) Act 2017 which removes time-bars.

She said: “Although these measures are long-overdue, this is an area Scotland is leading in.

“This legislation has the potential to open the doors of justice which for far too long have been closed to people who suffered abuse at the hands of others.

“We need to recognise though that people will still face a number of significant challenges when seeking to bring a claim for civil damages against the perpetrators of abuse.

“For example it does not alter the burden of proof required by the person raising the claim and it will not help survivors whose abuse happened before 1964.

“However what removing the time bar does is acknowledge the pain and struggles of abuse victims by giving them time to come to terms with their ordeal before considering legal action.”

After years of lobbying from campaign groups the law change was discussed by legal experts, government officials, NHS chiefs and abuse support groups at a legal seminar in September.

Kim Leslie was invited along to the seminar to speak about the act from the perspective of abuse survivors pursuing compensation here in Scotland, including the legal challenges they may face. 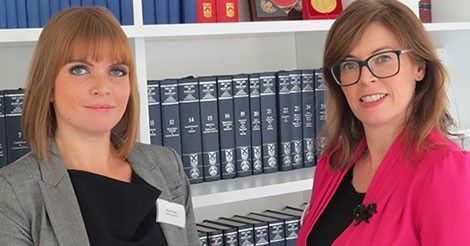 It also maintains scope for abuse survivors to make claims against groups and not just individuals – such as religious groups, football clubs or youth organisations.

Kim added: “For individuals who have undergone very traumatic events coming forward, telling their story, and seeking legal redress is a daunting prospect.

“I would encourage people to seek specialist legal advice and make use of the range of organisations who can provide wider support.

“All of us working in this area want to help victims. I hope we can come together to make sure we are doing the best we can, for as many people as possible, in a coordinated manner.”

Kim Leslie is a member of the Association of Child Abuse Lawyers (ACAL) and Chair of ‘Restoring the Balance of Justice’, helping lead a campaign involving national and international experts and campaigners to overcome barriers to justice in Scotland for victims of stalking and harassment.

For more information about the act and what it means for abuse survivors visit Information on the Limitation (Childhood Abuse) (Scotland) Act.