Our Glasgow office chose Finding your Feet, who are based in Glasgow, as their local charity partner last year. Finding Your Feet was set up by Corrine Hutton and helps people who have suffered amputation or loss of limb function to re-build their lives.

Glasgow charity quiz night raises over £1,000 for Finding Your Feet

Fraser Ewing from our IT department was the quiz master for the evening and the winners of the Coveted Trophy were the Serious Injury team at Digby Brown.

The night raised an impressive £537.51 which was matched by Digby Brown, taking the total to an incredible £1,075.

Millport Charity Fundraiser for the Family

Some of our Glasgow staff took part in the Millport charity fundraiser held at Garrison House, Millport on the Isle of Cumbrae on Sunday 5th June.

This involved a 10 mile family cycle with entertainment and activities for the entire family including live bands, magicians and inflatables.

Fortunately, the sun was shining and the day was a great day out for the whole family, whilst raising vital funds to support the charity’s work.

This is the second year the cycle around Cumbrae has taken place with Corrine Hutton, quadruple amputee, setting a Guinness World Record last year by cycling the 10km around the island on a quadricycle in a record breaking time of 44 minutes and 21 seconds. 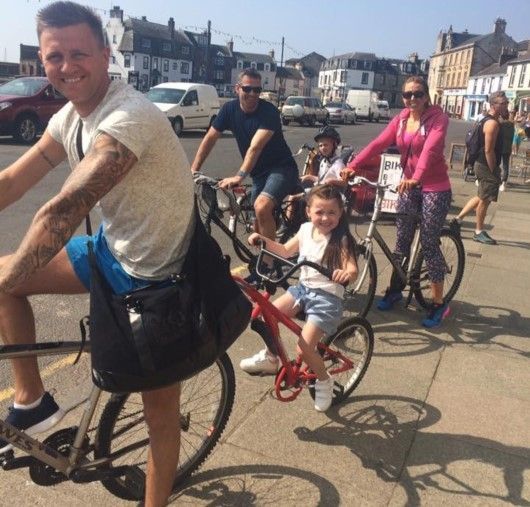 Solicitors in our Glasgow office, along with Dundee, took part in this year’s Tough Mudder at Drumlanrig Castle, with the Glasgow office raising over £500 so far. As this will be matched by Digby Brown, it brings the total to over £1,000. 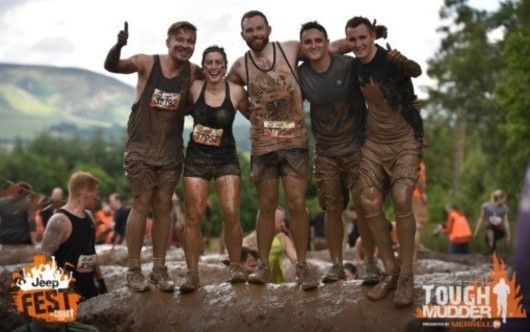 The Monday after the Millport Cycle (Monday 6th June) Lord Dunlop, the UK Government Under-Secretary of State for Scotland, presented Corrine Hutton with the Points of Light award, a recognition which comes from the Prime Minister’s office.

Corrine received the award as recognition of the fundraising work she has carried out over the years and the support she has provided for amputees through her charity ‘Finding your Feet’.

As well as breaking a world record at the Millport cycle last year, Corrine has also broken another two world records including being the first quadruple female amputee to take on Ben Nevis in 2015.

Corrine is set to be the first for double hands transplant in the UK.

“Playing an active role in the local communities we work in is important to Digby Brown. Finding Your Feet is an amazing charity and Corrine Hutton is truly an inspiration to us all here in the Glasgow office.

“We are honoured to be actively supporting Finding Your Feet over the next year.”

More information about Finding Your Feet can be found at http://findingyourfeet.net