Digby Brown Solicitors’ work with a range of organisations and charities across Scotland was recognised last night as the firm won the Community Contribution category at the Scott + Co Legal Awards.

Digby Brown have long-standing associations with, among others, Asbestos Action, Bobath, a charity helping children with Cerebral Palsy, Brake, the road safety charity and a number of groups and organisations in the brain injury community, including Headway and the Child Brain Injury Trust.

The Digby Brown Winter Dinner Dance for Spinal Injuries Scotland has raised over £70,000 for the charity in its 11-year history.

“We’re pleased and proud to have won this award and have our commitment to charitable, welfare and community-based initiatives recognised.

“This is a team effort with everyone in the firm being involved at some stage.In the last year alone we’ve supported road safety events, been one of the driving forces behind the roll out of Head Injury Information Days across Scotland, held another successful Winter Dinner Dance for Spinal Injuries Scotland and helped raise awareness of the dangers of asbestos to today’s workforce.

“We have long-standing relationships with fantastic organisations across the country and look forward to continuing supporting their vital work.” 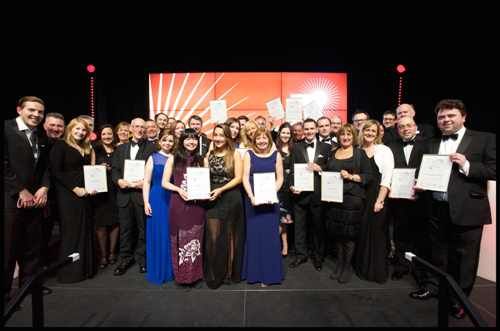