Drivers are being urged to slow down on country roads this summer to enable families, walkers, cyclists and horse riders to enjoy great Scottish countryside, as a survey reveals a huge proportion treat them like racetracks. Results out today from road safety charity Brake and Digby Brown solicitors reveal one in three Scottish drivers (32%) admit to driving too fast for safety on country roads, by speeding, taking bends fast or overtaking. Four in ten (38%) have had a near-miss on country roads, while driving, walking or cycling.

Since there is less traffic on country roads, some drivers feel a false sense of security and are prone to take risks like speeding, overtaking, and not slowing down for brows and bends. In fact, per mile travelled, country roads are the most dangerous for all types of road user, with car occupants almost twice as likely to be killed on a country road than an urban road. Motorcyclists are more than twice as likely, and cyclists more than three times as likely. In 2012 (latest figures available), 69 people were killed and 627 seriously injured on non-built up roads in Scotland.

Fast traffic on country roads not only puts lives at risk, it can also harm people’s quality of life by preventing them from enjoying the countryside on foot or bike for fear of being hurt. Three quarters of those surveyed (77%) think country roads need to be safer for cyclists, walkers and horse riders. One third (33%) say they would start cycling or cycle more (33%), and almost a half would start walking or walk more (44%) if these roads were safer.

To cut crashes and empower people to enjoy the countryside, Brake is calling on the government to lower limits on rural roads to a maximum of 50 mph, and require authorities to implement lower limits where there are particular risks. The survey found widespread support for lower limits, with seven out of ten (68%) in favour of more 50, 40 and 30 mph limits on country roads, and three in five (60%) in favour of a 40 mph default in national parks.

Brake is urging all drivers to stay well under current limits – bearing in mind 60 mph is generally far too fast for safety on these roads –and slow right down for villages, bends, brows and bad weather, and avoid overtaking. Drivers should always assume that someone, or something, could be around any corner.

“We hear constantly from people in rural areas whose communities are blighted by fast traffic. It’s a big issue over the summer when many people want to enjoy our beautiful countryside on foot, bike or horseback, and shouldn’t have to contend with drivers treating the roads as their personal racetrack.

Driving in this way is incredibly selfish and means people feel less able to get out and enjoy the countryside. People in rural communities and any families visiting these areas this summer have a right to enjoy their surroundings without fearing for their safety.

Country roads are not empty thoroughfares for traffic; they are living environments full of unpredictable hazards around every twist and turn.

We are urging drivers to slow right down on country roads this summer, especially for villages, bends, brows and bad weather to respect the countryside and other people’s right to enjoy it.”

“Careless and reckless driving wrecks lives - at Digby Brown we work with families affected by road traffic crashes and see first-hand their devastating human consequences. Driving on rural roads or in countryside areas has its own challenges and all of us should bear that in mind when we get behind the wheel.

We can all do our bit to stop the carnage we see far too often on our roads. Whether it is checking and obeying the speed limit on an unfamiliar road, taking a bit more time to get round a corner or thinking twice about overtaking, care and attention saves lives. T

his is a really important message and Digby Brown are fully supportive of Brake’s campaign and work in this area.”

Per mile travelled, country roads are the most dangerous for all types of road user, with car occupants almost twice as likely to be killed on a country road than an urban road, motorcyclists more than twice as likely, and cyclists more than three times as likely. Country roads are also the most dangerous type of road in relation to traffic volume, accounting for 60% of all road deaths in Great Britain.In Scotland, 69 people were killed on non-built up roads in 2012 (latest figures available), compared with 62 on built-up roads and 43 on trunk roads.

Excessive speed and risky overtaking are major factors, combined with a false sense of security. A study of rural single-carriageway roads estimated that a 10% increase in mean average speed results in a 30% increase in fatal and serious crashes.

By and large, 60  mph is too fast for safety on country roads – at this speed,your stopping distance is 73 metres, or three tennis courts, meaning you won't be able to stop in time for an unexpected person or hazard appearing within this distance. If you are overtaking, this will leave you on the wrong side of the road with the gap between you and any oncoming traffic travelling at the same speed closing at 120 mph, or 60 metres per second.

While country roads sometimes appear empty, they are full of unexpected hazards. Even if you know the road well, you never know what’s round the corner. That’s why slowing down is vital: it enables you to react to the unexpected, such as a cyclist or walker, an animal running out, or debris in the road.

Country roads are shared spaces used by pedestrians, cyclists, horse riders, farm vehicles and animals. Most are narrow with blind corners and bends, and have no pavements or cycle paths. As such, drivers should drive as though someone or something could be round any corner, staying well under limits, acknowledging that 60 mph is too fast for safety and slowing right down for bends, brows and other hazards whenever visibility or conditions are poor, and slowing to 20 mph in villages and around homes and schools. Drivers should also avoid overtaking unless absolutely essential and 100% safe: unless you need to pass a very slow moving vehicle and are certain you can get past safely, it’s not worth the risk.

Brake is calling for the government to lower the default speed limit on our rural network from 60 to 50 mph, and require local authorities to implement lower limits of 40, 30 and 20 mph where there are particular risks, including 20 mph in villages.

This must be coupled with wider traffic enforcement, including more speed cameras, especially average cameras, and investment in roads policing, as well as education warning of the dangers of speed and overtaking on rural roads to encourage compliance with lower limits.

Brake also calls for investment in far more traffic-free cycle and walking paths connecting rural communities, as well as frequent, cheap and well-marketed rural bus and train services, to discourage reliance on cars and encourage use of active travel and public transport.

Dana Trigger, 22, from Aberdeen, was driving from her parents’ house along a narrow country road to visit her boyfriend in July of 2008. A deer jumped in front of her car, causing her to swerve to avoid it, across an uneven part of the road surface and into a tree. She was killed instantly. Her father, David Trigger - a driving instructor, now has his students perform emergency stops in the same area to help them deal with such a situation.

"Losing a child is a parent’s worst nightmare. It is completely earth-shattering, something you never get over. I have to live with the fact I won’t see my daughter Dana again, and the haunting memories of having to identify her body, rather than of the bubbly, smiling girl I knew.

Dana’s crash is an example of how you never know what to expect next, what’s around the corner, on country roads. I urge all drivers to be prepared for any eventuality, and be cautious with their speed, to avoid more tragedies like that which killed my daughter.

About the survey
The results, released today, come from a survey of 1,000 drivers and riders across the UK, conducted by Surveygoo in February 2014. 305 respondents were from Scotland.

Full results (Scotland)
Q1. Do you think country roads in your area/region should be made safer for cyclists, walkers and horse-riders? (tick one)

Q2. Do you think traffic on country roads in your area/region is too fast for safety? (tick one)

Q3. Would you feel more able to enjoy the countryside if country roads were made safer? (tick as many as apply)

Q4. In the past year, do you think you have driven faster than was safe on a country road? (tick at least one, and as many as apply)

Q5. In the past year, have you been a passenger with a driver who has driven too fast on a country road? (tick at least one, and as many as apply)

Q6. Have you ever had a near-miss on a country road while driving, or walking or cycling? (tick any that apply)

Q7. Would you support 40 mph limits across all country roads in national parks (excepting motorways and major trunk roads) to make it safer for people to walk, cycle ride horses on rural roads? (tick one)

Q8. Do you think there should be more lower speed limits (of 50, 40 and 30 mph) on country roads to help reduce crashes and make them safer for people to walk and cycle? (tick one)

Brake
Brake is a national road safety charity that exists to stop the needless deaths and serious injuries that happen on roads every day, make streets and communities safer for everyone, and care for families bereaved and injured in road crashes. Brake promotes road safety awareness, safe and sustainable road use, and effective road safety policies. We do this through national campaigns, community education, services for road safety professionals and employers, and by coordinating the UK's flagship road safety event every November, Road Safety Week. Brake is a national, government-funded provider of support to families and individuals devastated by road death and serious injury, including through a helpline and support packs.

Brake was founded in the UK in 1995, and now has domestic operations in the UK and New Zealand, and works globally to promote action on road safety.

Road crashes are not accidents; they are devastating and preventable events, not chance mishaps. Calling them accidents undermines work to make roads safer, and can cause insult to families whose lives have been torn apart by needless casualties.

Digby Brown Solicitors
Digby Brown Solicitors are Scotland’s largest personal injury practices with offices in Edinburgh, Glasgow, Dundee, Inverness, Kirkcaldy and Aberdeen. The firm won the Community Contribution Award at the 2014 Scottish Legal Awards in recognition of its work with Brake among other organisations and were the only law firm shortlisted in the Customer Focus Category of the 2013 Scottish Business Awards. 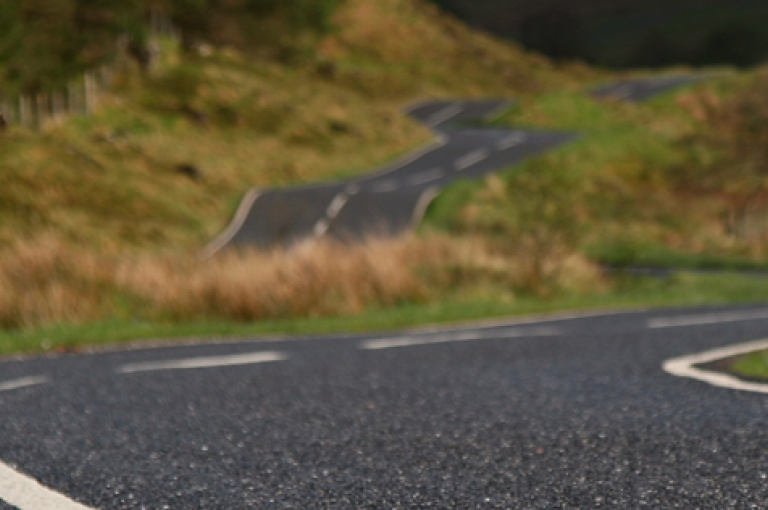