Our Foreign & Travel law team joined the hundreds of people standing in the heavy rain at Edinburgh’s Princes Street Gardens on Saturday for the ceremony performed by Polish war veterans and witness the official unveiling of the statue of the ‘soldier bear’ Wojtek. 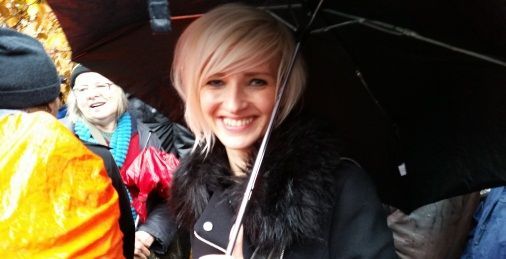 Wojtek, also known as the ‘soldier bear’, was rescued as a cub by Polish troops during the Second World War. He became an honorary soldier and mascot for soldiers in 1944 and helped carry ammunition at the Battle of Monte Cassino – as well as enjoying the occasional cigarette and beer with his comrades.

After the war, Wojtek spent his years at Edinburgh Zoo, where he died in 1963. Wojtek Memorial Trust, made up of Scottish and Polish members, raised over £300,000 to create a statue to remember the Polish men and women who fought and died during the second world war, and their connection with Scotland.

The statue was designed by Alan Beattie Herriot, and shows Wojtek and a Polish Army soldier “walking in peace and unity”, representing his journey from Egypt to Scotland.

“It was a privilege to both sponsor and attend the event to mark an incredible story which is part of the relationship between Scotland and Poland.”

“We are very proud to have a specialist department helping Polish people living and working in Scotland with personal injury legal advice and representation and to be an active part of the polish community in Scotland.”