My life after a motorcycle accident - Graeme's story

Graeme Cowan was riding his motorcycle home from work when a driver failed to see him and collided into his bike.

The short video below tells the story of the impact the motorcycle accident had on Graeme’s life, his recovery and how solicitors at Digby Brown were able to help.

“Okay so I’ve come down this road here travelling westwards into the Ferry. I’m aware that there’s a vehicle stopped at the junction there. The driver hadn’t seen me. I continued on my route and the driver had come out in his car and that’s when we collided.

“I’d been riding motorcycles from a very early age. I had always taken my safety very seriously. I always had good quality leathers, helmet, boots, gloves, and was always forward thinking in that if something were to happen, this is how I felt I would get out of it.

“I didn’t have time to take any of that into consideration on that day."

Lucky to be alive

“My first thought was “God, I’m alive, I made it out of that.” I tried to get up and check my bike but went down after a couple of steps.

“It was then that I realised I was hurt more than I thought and I wouldn’t simply walk away from it immediately after. I looked at my leg and seen it was at a funny angle.”

“The injuries I received were to my right femur. That required intramedullary nailing, so they had to put a metal rod down the centre of my femur, bolts in my knee, bolts in my upper hip and at the top of the femur as well. I had broken thumbs, wrists were damaged as well and metal pins were put in my thumbs.

“The recovery was long and it was slow. I was frustrated at being off work, not being able to do simple little tasks. To get from downstairs up the stairs I expected a medal. At that time I only had use of one arm, one leg and the simple little things were just turned upside down and made into a nightmare to be fair.”

Never got back on a bike again

“I think it was a very easy promise to make and I’ve stuck to that promise and I’ve never been on a bike since. 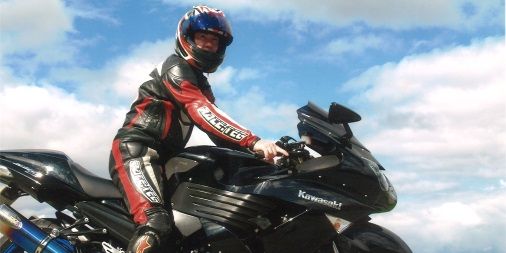 Turned to Digby Brown for help

Mr Cowan contacted Digby Brown after we were recommended to him and spoke to Mairi Day.

“Digby Brown was a name I had heard of but never had I had any dealings with.

“They were very professional but what you also saw were glimmers of a human at the other end of the phone. It was a somebody and it was a somebody that was looking out for myself. It was somebody you felt you could trust because you are building up a relationship with that individual.

“It’s a time of emotional instability and I’m glad they took care of a lot of things that I wouldn’t have thought of myself.“

Level of compensation was fantastic but...

With expert legal help and advice from Digby Brown, Mr Cowan received over five times the initial offer. In the end, his injury claim settled for over £33,000.

“I do miss my bike dreadfully, especially on a summer day. I used to go on biking holidays and they were some of the best days of my life, being out on the open like that. It’s just not the same in the car.

“But I’m alive, I’ve got my mobility back. I’m doing other things. You know life has to move on and that’s what I’ve done."

If you have been injured in a motorcycle accident and would like legal help and advice, please call us on the number below or complete an enquiry form.

Alternatively, you can find out more by visiting motorcycle accident legal advice.