What happens if pedestrians are partly to blame for the road accident?

After commentary we received around our blog article on the 20mph speed limits being introduced in Glasgow, we wanted to address some of the key issues people were raising.

For example, many drivers were commenting that pedestrians need to be more careful as pedestrians are often distracted – with many on their mobile phones.

This raised the query about what’s the law around pedestrians walking out in front of you and partly causing the road traffic accident.

Would it surprise you to know that in 2015 a driver was found 50% to blame when a pedestrian entered a road from behind a stopped bus and into the path of his oncoming car which was travelling 10mph below the speed limit?

First things first. Whenever a driver gets behind the wheel of a car, they take control of a potentially lethal weapon.

Why a lethal weapon? Because if you are involved in an accident, it could have fatal consequences.

This is more so when a car is involved in a collision with a pedestrian. It’s unlikely that anybody would dispute that if a car strikes a pedestrian, the pedestrian is far more likely to be more seriously injured than the driver.

Driving at 20mph reduces the risk of pedestrian-impact-fatality compared to driving at 30mph. According to a review of studies producing the most reliable modern estimates, the fatality risk of a car v pedestrian impact at 20mph is 1.5% - compared to 8% at 30mph.

Some pedestrians unable to see or judge speed of car

Some six to eleven year olds may not actually be able to tell if a vehicle is approaching at all, even if the children are paying close attention to the road. The same principal applies to those aged over seventy-five.

Without getting too scientific, but for anyone interested, the speed deception is based on what’s called a “looming rate” which in very simple terms is an effect upon someone’s perception of speed and motion.

The inability of children to accurately detect vehicle speed helps to explain why areas outside schools are often already subject to 20mph speed restrictions, even if only during school commuting hours. The reduced speed makes it easier for children to detect a vehicle’s speed of approach and also gives a driver more time to react if a child gets their crossing decision wrong. If an impact is unavoidable, the risk of fatal injuries being sustained is reduced by the lower speed of the vehicle.

Whilst adults are more accurate at detecting vehicle speeds, the same science regarding speed and risk of fatalities applies. Therefore, on one view, it makes sense to reduce the speed limit to 20mph in heavily populated areas such as city centres.

All well and good I hear you say, but what about the pedestrians that are not paying attention to the road at all - do they not have to take responsibility for their own actions? The legal answer to this question may surprise you.

Do pedestrians have a legal responsibility for their actions in road accidents?

In simple terms, yes they do. Everybody has a duty to take care of their own safety, much of which is common sense: pedestrians should cross at a Green Man; they should not walk across the road on their phone checking social media or browsing a website (if you are crossing the road right now please look up!); and should continue to look both ways as they cross the road.

However, going back to the original point – drivers are driving a potentially lethal weapon. Therefore, there is arguably a greater duty upon drivers to make sure they don’t hit a pedestrian, even if the pedestrian does something careless or reckless.

In civil law, which is what governs personal injury claims, if a pedestrian steps onto a road without looking first and steps into the path of an oncoming car, the pedestrian may still consider a claim for compensation against the driver.

However, much legal discussion will take place about the extent to which the pedestrian has contributed to the accident.

If the driver can prove some negligence on the part of the pedestrian, the pedestrian’s compensation will have a percentage deducted to account for their contribution to the accident. This is known as ‘contributory negligence’.

So, for example, if a pedestrian is found to be 25% to blame for the accident, they will only receive 75% of the compensation they would have been entitled to if the accident had been entirely the driver’s fault.

In a 2012 Court of Session case, a thirteen-year-old school girl was found to be 90% to blame (i.e. the driver was 10% to blame) for an accident when she emerged from behind a school bus and entered the road whereupon she was struck by a passing car.

The car was travelling 10mph under the 60mph speed limit. On appeal to the Inner House of the Court of Session the driver’s degree of fault was increased from 10% to 30%.

When the case reached the Supreme Court, the driver and the schoolgirl were found to be equally to blame, with contributory negligence set at 50%.

Why was the driver found 50% to blame?

Put simply, he had noticed the school bus but failed to reduce his speed nor adequately anticipated a child may enter the road in front of his car. This case highlights two points:

Can drivers claim compensation from a pedestrian?

In any accident involving a pedestrian it is, in theory, open to a driver to claim compensation from the pedestrian in respect of vehicle damage or other injury or losses the driver suffers.

However, in the vast majority of cases it makes little sense to do so. In order to succeed the driver would first need to prove the accident was, on the balance of probabilities (i.e. greater than 50%), the fault of the pedestrian. This may not be easy to do.

Secondly, there would need to be a route to actually obtain compensation to make proceeding worthwhile. Cars have insurance, pedestrians do not.

Unless it can be established the pedestrian has enough money or assets to meet the claim and legal costs of the driver, it would not make economic sense to pursue such a claim. Driver’s could meet their own legal costs, but there would be little point if there was nothing to recover from the pedestrian.

Finding a solicitor to represent the driver would also be difficult for the same reason. A solicitor is unlikely to work on a no-win, no-fee basis if there is no prospect of recovering the cost of their time from the pedestrian at the end of the case.

Thirdly, assuming the car has fully comprehensive insurance, the driver will be able to claim against their own insurance in order to have the vehicle repaired.

For these reasons, even assuming such a claim is likely to succeed, it often does not make sense to proceed.

When does it make sense to claim against a pedestrian?

An example where it may make sense to proceed is if the ‘driver’ was a motorcyclist or cyclist who suffers injury when a negligent pedestrian steps in front of them.

This is because the effects of the accident upon the injured ‘driver’ would make it worth proceeding, provided it can be established the pedestrian has sufficient assets to pay the required compensation.

However, each case turns entirely on its own merits and there will remain difficulty in establishing the accident was the fault of the pedestrian, who was probably visible on the pavement before they left it.

Why were they not seen and their actions anticipated by the driver? These are questions the court is likely to concern itself with.

With that in mind, here are four top tips for safe driving in a built up area:

Finally, remember that at some point all drivers become pedestrians. Don’t be the kind of pedestrian you complain about when you’re driving. 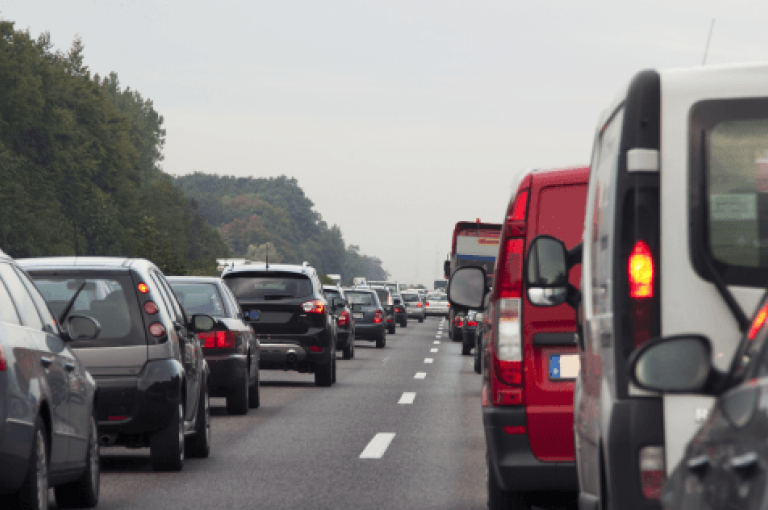 Booking your driving test after lockdown? Here’s what you need to know