We always try to make clear that Digby Brown is a firm of dedicated “independent solicitors” but have you ever wondered what this actually means?

Simply put, it means we don’t work on behalf of any insurance companies.

Yes, we deal with insurance companies all the time, however we don’t act FOR them.

We deal with injured members of the public.

We pursue the case and the insurance companies defend it.

This is how you can be reassured that we are independent and therefore free to pursue claims on the merits of the circumstances and by people who have chosen to contact us after being injured in a crash that they believe was no their fault without any bias or restrictions on what we can and cannot do.

“And why is this important?” you now ask.

Well to understand why this matters you need to know…

After a crash an insurer may offer help with regards to a personal injury claim. If you have taken out a legal expenses policy along with your motor insurance this is likely to be free (which on the surface may sound good). Or, often the insurer of the driver who caused the accident will try and reach out to you to resolve matters quickly without any fuss. Again, this sounds great but be aware – if a resolution is being presented quickly and without fuss then this can be a red flag that the resolution you deserve is being done cheaply and without consideration.

To put it simply – they’re buying you off.

Many people understandably don’t know their rights. Some accept any help offered to them whilst lost amid the aftermath of a traumatic incident. Some think it’s easier to have a car damage claim and a personal injury claim handled in one place. And some might think things will conclude smoother. The notion of getting to keep 100% of the damages being offered can also sound tempting.

But this isn’t necessarily the case.

If you agree to let the insurer put you in touch with their preferred legal agent what happens is the insurer passes you to either an in-house team or an external agent who runs the claim.

Because these agents have no vested interest in your claim their chief motivation is to settle the case as quickly as possible.

For example we acted for a taxi driver who was injured in a rear-end shunt. His insurer offered him £2,000 compensation – but they made this offer without even doing basic medical checks. Thankfully the taxi driver did not accept this and came to Digby Brown. We were then able to fully, and properly, investigate the circumstances of his accident and the long-term impacts of injuries which resulted in a fair settlement of £26,000 – more than 13 times what the insurer offered.

It is not in the interest of an insurer or panel solicitor to fully investigate your loss or pursue the claim properly.  The quicker they settle, the quicker they can move onto the next case and the more fees they generate or costs they save.  And have you ever thought what happens if the driver who hit me is also insured by the same company as I am? How does that claim work?

As you’d imagine, such a set up means a panel firm can be deluged with claims needing attention. Their goal then is to settle your case quickly. That is good but only if they settle at the correct value.  Sadly, we have hundreds of examples where this isn’t the case and not by a few hundred pounds, sometimes many thousands, even hundreds of thousands under the case’s true value.

One client we acted for was offered £900 for an injury she suffered after being struck by a car – but with Digby Brown on her side the insurers actually paid out £20,000.

Another client, Charles Ewing, was injured in a head-on collision. The insurers offered him £66,000 to settle his compensation claim but after our investigations we secured him £220,000.

Some panel firms are also based in England so you may never meet your agent and they will have no jurisdiction to raise a Scottish legal action. Your claim may also only ever be handled by a non-legal claims handler, so you may not get the full attention, service or damages you are legally entitled to.

This happened to Mrs A. After a crash she was referred to a legal agent in England but this meant they had no jurisdiction to even raise a legal action. Luckily Mrs A was quick to spot the red flags in the service – or LACK of service – she received and came to Digby Brown. And instead we went on to settle her claim for £38,000.

So how can you make sure you get reliable legal help?

Arguably only an independent solicitor can provide the best legal service where there is no conflict of interest and where all work undertaken is designed to secure fair damages rather than fast cash.

Understanding this is crucial and comes back to our original point because if you let an insurer provide your legal care for a personal injury claim then you will never access Digby Brown.

Because Digby Brown is not a panel firm.

We are independent. If you want to be fairly compensated and understand what the correct value is for the loss and suffering you have sustained then you need to access an independent solicitor and that should matters to you, because it definitely matters to Digby Brown.

Rated Excellent
based on 2,039 reviews
Showing our 4 and 5 star reviews. 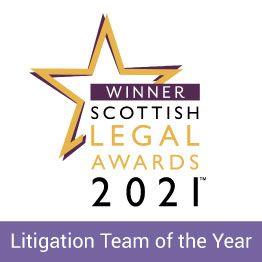