A brain injury survivor who became a beautician to the stars has now embarked on a career in mental health support.

Kelly Christie, 39, spent five years in recovery after a 2006 car crash left her with a fractured skull and damage to her frontal lobe.

She suffered seizures, was told by medics she’d never make new memories and had to rebuild her bonds with friends and family.

Despite the doubts the mum-of-one built a successful beauty business and even did the nails for Georgia May Jagger at London Fashion Week.

But after volunteering with a support charity last year the mum-of-one has decided to take on an additional role to help others – and hopes her own comeback story can help others.

Kelly from Montrose, Angus said: “After my accident I spent years being told ‘You’ll never do this and you can’t do that’ and that affected my recovery more than anything else as it made me feel trapped and pointless but nothing is.

“It's like your life is a filing cabinet but after a brain injury the organised cabinet has been smashed with the files all mixed up – you have to sort through them to put them back in order.

“Whether a person is recovering from emotional or physical injuries, they just need positivity and support to feel free and thrive and now that I am in a good place I want to make sure no one else ever feels the struggles I did.”

Kelly spoke of her incredible journey ahead of the Digby Brown 2020 Head Injury Information Day on Wednesday 9 September where she will be a guest speaker.

Her life was completely changed after being injured 14 years ago – she was no longer able to work in her previous job as a chef, suffered from seizures and tiredness and struggled with depression.

Her daughter Megan, who was just five-years-old at the time of the crash, acted like a carer which proved difficult for Kelly to deal with.

She said: “I could read and write, and walk and talk, but everything else was from scratch like training me memory, controlling the seizures and understanding my emotions.

“I struggled to give Megan cuddles and get back into the mum role – it felt similar to post-natal depression as we had to make a new bond because the bond we had before the crash was gone.

“Megan is now 20 and we have an amazing relationship now but I would not be here if it wasn’t for the support from her and my friends and family.

“It was all the changes to my life and having to start over again that I struggled to cope with but I felt driven and set myself goals and just keep going – as long as there was progress I felt focused.”

After her recovery Kelly started her own award-winning ‘Jewels Not Tools’ salon in Angus.

Her highlight was working with Georgia May Jagger – the model daughter of Rolling Stones frontman Mick – at the Giles SS14 show during London Fashion Week in 2013.

But after volunteering with Samaritans last year Kelly felt she had more to offer so she has now changed her salon to part-time only so she can also work as a mental health peer support worker with Hillcrest Futures.

Kelly said: “I still love working in the beauty industry but volunteering opened my eyes to something bigger and as I’m equally passionate about helping people it made sense to take on the additional role of mental health peer support.

“There’s simply not enough aftercare for survivors of acquired brain injuries after they’re released from hospital so people need to know they are not alone and being open about my own experiences hopefully means I can help other people realise they absolutely can be, and deserve to be, happy.”

Chris Stewart, Partner at Digby Brown Solicitors, hosts the Head Injury Information Day which this year will be an online-only event due to COVID-19 restrictions.

He said: “Every day we help brain injury survivors overcome the challenges of coming to terms with their accident and creating a new life.

“Kelly is a perfect example of what can be achieved with the right support whether medical, legal or simply being there as a friend and if just one person is inspired by her story then that is one more life that can be saved.”

You can find more information on the event on the Head Injury Information Directory website.

Further coverage of this article below: 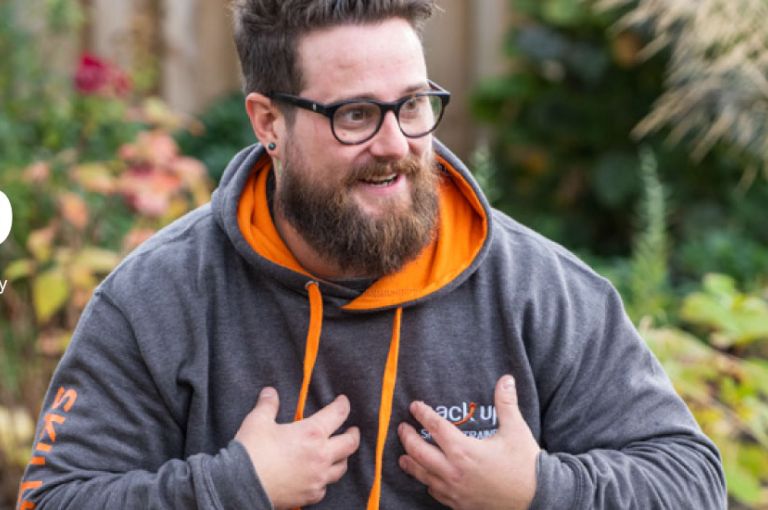