Charity warns of increase in asbestos disease in north east

The North Sea oil boom of the 1970s is thought to be behind an increase in asbestos-related diseases, according to our charity partner Asbestos Action.

Speaking ahead of their conference this Friday at Aberdeen’s Jurys Inn Hotel, the not-for-profit support group believes tradesmen in the north-east were exposed to asbestos during a surge in mainland construction following an increase in local wealth.

Fears were raised after more asbestos sufferers sadly passed away this year than were killed in car crashes across Aberdeen, Aberdeenshire and Moray for the whole of 2017.

Asbestos Action now hopes the wider community of health professionals – such as GPs – will help bridge the gaps in care for these individuals by providing them with more information at the point of diagnosis. 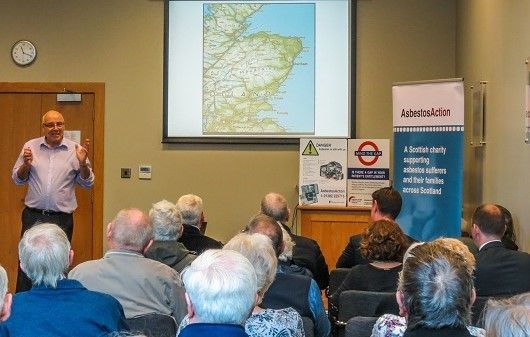 John Fearn, manager at Asbestos Action, said: “The harm caused by asbestos is not an issue isolated to Scotland’s central belt and in the last few years across the north-east, those seeking health, social and legal support has increased in an unprecedented scale – so much so that we’ve employed an Aberdeen-based respiratory nurse to assist those in need.

“The background of our clients in this area leads us to believe their conditions have been contracted by working their trades during the time of the oil boom when construction work shared in the nearby wealth of oil and gas.

“Conditions like, asbestosis, asbestos-related lung cancer and mesothelioma have caused the deaths of 16 of our north-east clients in the last 10 months.

“When people die in these numbers across north-east roads the public spotlight rightly highlights safety issues – however we rarely hear of officials supporting sufferers of asbestos.

“Asbestos Action will continue to support everyone we can and we encourage everyone – especially GPs and social care officials – to be mindful of the gaps in advice in support needed by individuals and their families so they are prepared for the future.”

Four decades ago the oil boom caused a subsequent rise in the north-east construction industry - shipyards also had new life breathed into them as new vessels were needed to transport workers and equipment to offshore platforms.

However because some employers loosely followed, or completely ignored, asbestos safety rules it meant many tradesmen faced exposure to dangerous asbestos fibres on a daily basis.

This later resulted in workers contracting conditions ranging from asymptomatic pleural plaques to a terminal lung cancer called mesothelioma which can prove fatal in a matter of weeks of diagnosis. 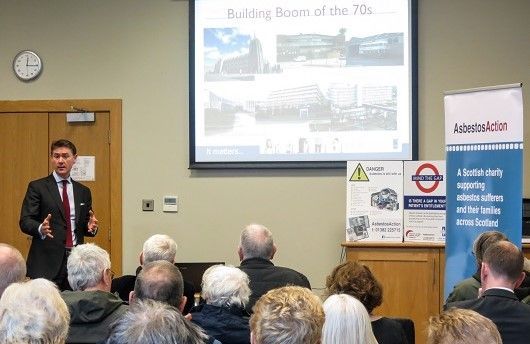 Fraser Simpson, Partner at Digby Brown and Head of the Industrial Disease team, has helped secure justice for hundreds of individuals by investigating historical asbestos exposure incidents and holding those employers to account.

In the last 18 months alone, more than £1.3million in compensation has been secured for individuals and their loved ones from the north-east, with more cases ongoing.

Mr Simpson, who is also speaking at Friday’s conference, added: “North-east cases are becoming increasingly prevalent and the tragic thing about this is our numbers only relate to those who have stepped forward to launch a civil action.

“I’m in no doubt others will be out there but are simply unaware of how to go about seeking legal assistance.

“This is why we need to highlight the issues to sufferers and healthcare professionals, to bridge the gaps in support, because someone diagnosed with any asbestos-related disease, no matter how benign, could lose their right to damages, if they fail to seek specialist advice and support within three years of the date of initial diagnosis, even if they later develop a more serious asbestos disease.”