These competitions saw hundreds of university students from across the UK come together to compete in the union’s prestigious tournaments, as participants were tested on their debating skills by a range of judges and an external panel.

On Friday 11th October, the weekend of competitive debating kicked-off with an inclusive tournament for female debaters - the Women’s Open. Jan Laidler, HR advisor in our Glasgow office, opened the competition with an inspirational speech for the female debaters explaining the importance of debate and education for young women. 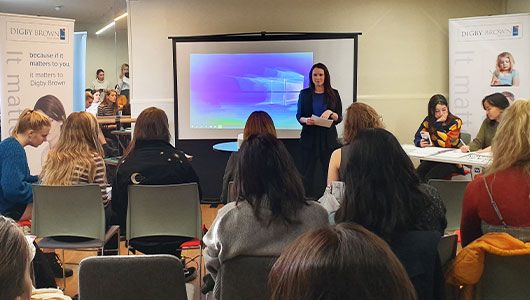 The competition then commenced with four rounds of heated debate, where debaters were judged on their ability to argue a variety of interesting topics and views before the successful teams progressed to the final. The competition then closed after the winners were announced and the debaters celebrated their efforts with dinner and a social event.

The Edinburgh Cup took place from Saturday 12th – Sunday 13th October, following a similar format to the Women’s Open but free for both male and female debaters to attend.

Ashley Sturrock, Associate in our Edinburgh office, opened the Edinburgh Cup with a captivating speech focusing on the importance of honing debating skills, not only from the perspective of a female solicitor, but in relation to the times of great social and political change that we all face. 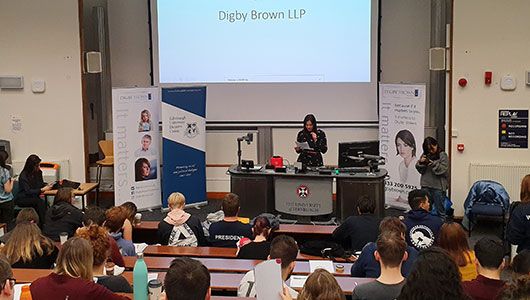 The first rounds of the Edinburgh Cup continued throughout the day, as debaters were presented with even more challenging topics and motions as they showcased their skills.

The strongest teams then progressed to the finals on Sunday, where they competed in the remaining rounds for a chance to take home the cup. Trish McFadden, another Associate from our Edinburgh office, closed the competition with a final speech. Ending the tournament by expressing Digby Brown’s delight in supporting such a great event, Trish acknowledged the importance of encouraging competitive debating in younger generations before announcing the overall winners. 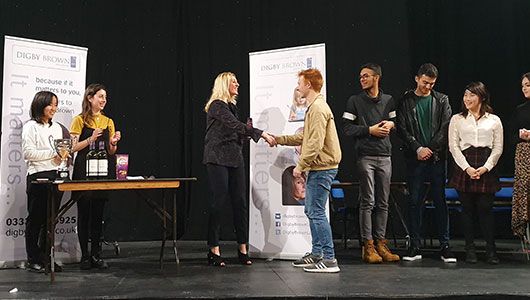 Stefany Soh, sponsorship officer for EUDU, expressed her gratitude for Digby Brown’s support as the union seek to encourage debating among the wider student community:

“Our debates union are grateful for Digby Brown’s support, which has allowed us to host two more successful competitions and encourage competitive debating among university students"

At Digby Brown, we believe it is important to hone debating skills from a young age, not only for prospective lawyers, but for anyone who wishes to learn such valuable transferable skills. Competitive debating helps people to speak with clarity, confidence, and respect, as well as providing a deeper understanding of different viewpoints surrounding challenging topics.

Gordon Dalyell, partner in our Edinburgh office, expressed the firm’s support for such worthwhile competitions:

“Debating topical issues, whether formally or informally, is an important part of every-day life for all of us.

“The competitions organised by the Edinburgh University Debates Union are an excellent opportunity for students to develop their debating talents, and we are very happy to do what we can to help facilitate this.”

Digby Brown will continue to work with EUDU for the foreseeable future, and will host a further two public events with the union in the New Year.