Will your insurance company really pick the best law firm for you?

Mr Field was referred to a solicitor by his insurance company following a motorcycle accident. He had been involved in an accident previously and had used Digby Brown’s services in the past.

“I thought my insurers would pass my claim to Digby Brown Solicitors but I was wrong”.

Insurance company appointed a claims handler – not a solicitor

Unfortunately, the solicitors appointed by Mr Field’s insurers were not specialists in motorcycle accident claims, and he was appointed to a ‘claims handler’ rather than a solicitor.

“They were hopeless. Didn’t listen to what I was saying, I remember getting very frustrated with them. It felt like they wanted a quick resolution for themselves and they kept saying the same things over and over again.”

It was clear to Mr Field that the level of service he was receiving fell below that which he had received when he had dealt with solicitors in the past.

He contacted Lianda Barnes partner in Digby Brown’s specialist Motorcycle Law Department, to ask whether Digby Brown could take the case forward for him.

Digby Brown were able to take over the case, obtain the case file from the other firm, and successfully pursued the injury claim through the Scottish courts.

Mr Field received the compensation he was entitled to, and all associated losses, such as the cost of his motorcycle, his loss of earnings, private treatment costs, and replacement cost of his full safety kit.

Mr Field also required to hire a motorcycle to use for commuting to and from work, once he had recovered from his injuries, whilst his own bike was assessed and then replaced.

These costs were also recovered from the party at fault.

“I’m really happy with the way Lianda dealt with it all. There was no comparison with the panel solicitors I had, Digby Brown dealt with it very well and Lianda was exceedingly helpful.

“I'm just sorry that I was forced into the panel firm in the first place, especially after the superb service I received last time.

“In my naivety I just assumed that I would be dealing with Digby Brown again like the last time.”

Insurance company would not help him change solicitors

Despite having legal expenses cover, the firm appointed by Mr Field’s insurance company (‘the panel solicitors’) had initially refused to release his file to Digby Brown until they were paid for the work they had done.

Because the panel firm had accepted the case and opened a file for Mr Field, his insurance company refused to get involved and would not help Mr Field change solicitors.

If you find yourself in the same situation, a complaint to the Financial Ombudsman Service usually sorts things out.

What are panel solicitors?

If someone from a law firm or claims company calls you after an accident without you instigating/starting contact with that firm, then more likely than not you have a panel solicitor acting for you.

Injury claims are bought from insurers by law firms

These are firms who have, probably, bought cases in bulk from insurers.

This referral fee can be significant – some insurers charge solicitors over £1,000 per case. This means that before the solicitor even starts working on your behalf, they may have incurred large costs.

This can affect the way injury claims are dealt with by panel firms and can, in some cases, mean that the injured person feels pressured into accepting an early settlement without having had their injuries fully investigated, or, as in Mr Field’s case, mean that the injured person is dealt with without any contact from a qualified solicitor or paralegal.

You should satisfy yourself that anyone acting on your behalf has suitable experience.

So how do I change solicitors?

If you have not been appointed to a panel solicitor, then you simply approach the firm you want to act on your behalf.

To make an enquiry with Digby Brown – click here.

If a panel solicitor has been appointed, then usually you will be asked to sign a form known as a mandate, allowing the release of your file to the new appointed law firm.

This would then generally be sent to the panel firm, with an undertaking (promise) to recover the fees they would be entitled to for the work done by them on conclusion of your claim.

You can only have one firm acting for you at any given time.

Why should I change solicitors?

There can be any number of reasons for wanting to change solicitors.

Often, it’s because you would want a specialist dealing with your case. Sometimes, it’s because the relationship has broken down.

In Mr Field’s case, he was being asked to fill in countless forms, and only had contact with an unqualified claims handler.

He was aware that the service offered by Digby Brown was much better. The relationship between Mr Field and the panel firm was not good, and we were able to take over acting for Mr Field.

Poor level of service from law firm or solicitor

If there is an issue with the level of service received from a panel firm (or any solicitor, for that matter), you can use that firm’s internal complaints procedure and ultimately the Scottish Legal Complaint’s Commission.

A number of clients Digby Brown act for have completed this process and have received additional payments of compensation from the panel firm as a result of their delay in handing over the file.

There are timescales for making complaints. Mr Field had considered this but:

“I could make a formal complaint but it's probably not worth the effort and cost involved. They are probably banking on that in any case.”

Mr Field stated: “I think it’s very important to have a specialist solicitor as these cases are different from general motoring accidents.

“I would tell anyone in a similar situation to go straight to Digby Brown, never mind what the insurance company says.” 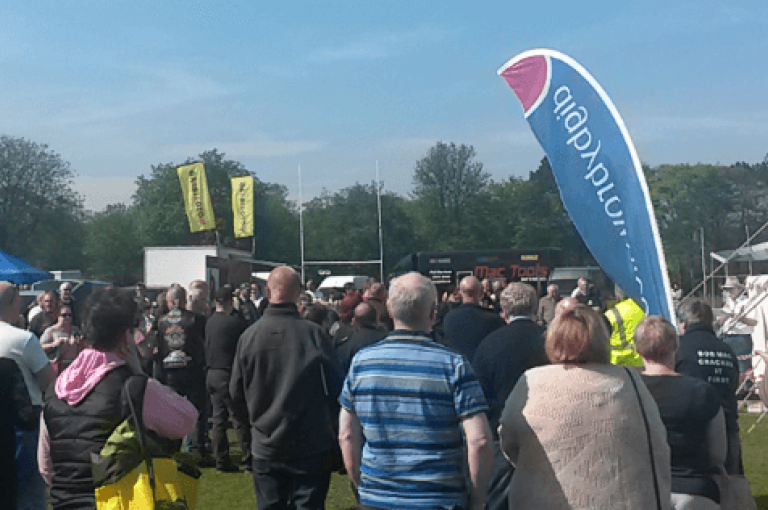