This week over 2,000 sixth year pupils from Edinburgh schools have attend this year’s Edinburgh Young Drivers event at the Corn Exchange. The event promotes awareness of the consequences that could be faced by these new drivers as they begin their journey onto the roads.

The exhibition included presentations from Lothian and Police Scotland which were hard hitting and demonstrated the need to be aware of your surroundings when driving on the road. Laura Torrance from Spinal Injuries Scotland also shared her emotional story after she was left with a spinal injury from a road traffic accident at the age of 16. 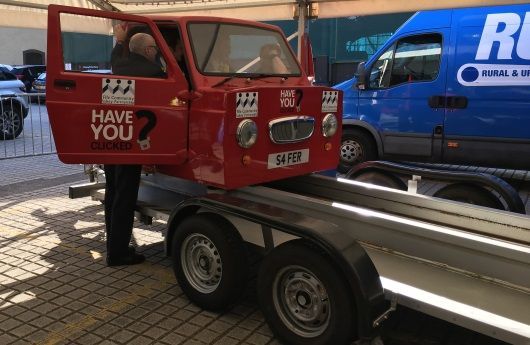 The pupils were able to take part in interactive activities such as a the crash simulator stressing the importance of wearing a seat belt and trying out drunk goggles to showcase the impact of alcohol on driving ability.

Sixth years were also given the opportunity to participate in a mock court run by volunteers from Digby Brown’s Edinburgh office. The court trial, based on a real case, shows the impact that a road accident can have on a family and allowed the pupils to determine the penalty that the accused party should face for causing the road traffic accident.

Simon Hammond, Partner from our Edinburgh office said: "There are too many avoidable road traffic crashes in and around Edinburgh with the consequences sometimes proving life-changing for the survivor or their loved ones.

“What can make these more tragic is many of them involve young or newly qualified drivers.

“Our court exercise at the Edinburgh Young Drivers event may be a demo but the details are based on real cases which keenly highlight the very real after-effects of road traffic collisions.

“If this event helps save even one life, then it’s a project we at Digby Brown are proud to support.”

The event is now in its eighth year and is organised in partnership with City of Edinburgh Council, Police Scotland, NHS Lothian, Scottish Fire & Rescue Service, Transport Scotland and Scottish Safety Camera Unit (East) and is supported by Lothian and Digby Brown.